↑
Our Heritage Our People Foundation

It all began back in 1948 when founder Jan van der Sluys, his wife, Ria and four children emigrated from The Netherlands to South Africa on board the Sibajak in search of new opportunities and a brighter future for their family. Jan van der Sluys was determined to succeed first as carpenter and later as building contractor. He bought a bicycle and cycled from Paarl as far afield as Helshoogte and Franschhoek to find work. Jan turned his innate skill and passion to what he knew best and in a few short years had laid the foundation of a thriving building business. From the outset, Jan was driven by a single purpose: to set the highest standards of craftsmanship and service within the industry. The business flourished and in 1960 Jan formed a limited company, J van der Sluys (Pty) Ltd.

Jan van der Sluys was an astute businessman with a passion for serving the building industry. He was one of the founding members of the MBA Boland in 1949. He served as this organisation's president from 1979 to 1981, and again from 1987 to 1988. He had an enduring passion for training and the development of skills within his company and the building industry as a whole. He was also a member of the Industrial Council for the Building Industry. Jan van der Sluys retired in 1978. His conservative approach to business and cautious approach to risk taking lay the foundation for a dynamic construction company. Jan van der Sluys passed away in 1992, at the age of 83.

Until the 1990’s the Van der Sluys brothers were then the only shareholders in the company, but began to realise that they would have to expand and to include other shareholders. AAT Reyneke was appointed as an additional director and shareholder in 1993; followed by Human Naudé, Jacques Wilken and Weyers Willemse in 1997; and Jandrè Arangies in 2002. In 1993 the company approached Dave Pullen of Interdependence and Transformation in South Africa (ITISA) to facilitate the implementation of a profit sharing and worker representation scheme. This lead to the election of our first ITISA committee in August 1993 and in 1995 to the implementing of a broad–based profit sharing scheme. J van der Sluys (Pty) Ltd was one of the first building companies to implement such a profit sharing scheme for all its employees.

Alex van der Sluys, resigned from the construction company in 2003, followed by Hans and AAT in 2004. During the next six years the construction company was under the leadership of Rinus as Managing Director with the support of the other directors: Weyers as Procurement Director, Jandrè and Jacques as Contract Directors and Human as the Commercial Director. During this time the company embarked on the "Itisa" programme of participative management, developed the company’s core value system and forged our motto "Isipani – Teamwork builds quality". The company further expanded during these boom years in the construction industry.

Following the retirement of Rinus in 2010, the use of the respected Van der Sluys name for the company came to an end. After much consideration, we realised that our company’s strength has always been its value system and its culture of teamwork. It then seemed fit to change the name to Isipani Construction (Pty) Ltd.

With these changes came a new era in the leadership of the company, new Directors were appointed to strengthen the future prospect of the company. Grant Robertson, Wynand Smit and Gerrit van Niekerk joined the team as directors from April 2011 and Dr. Ernest Messina from February 2013 until 12 July 2018.

The Isipani Foundation, a non-profit company, has a 15% share in Isipani Construction and has a mandate to initiate and support infrastructure development in disadvantaged areas. The Foundation will focus on improving education and healthcare services, and help emerging micro businesses in the construction sector. It will also support training initiatives to upskill unemployed workers for the construction sector. The Foundation may also support enviromental initiatives such as rehabilitation and protection of indigenous flora and fauna, as well as education projects to raise awareness of the need for conservation. The Isipani Foundation's trustees have nominated Ray-Ann Sedres to serve its interests on the Isipani board.

"I have been involved in the industry for well over 30 years and have developed, built and renovated hotels from top to bottom. I can assure you that my experience with Jandrè and his team when we built the Queen Victoria Hotel, was without a doubt the most professionally completed project to date. The absolute commitment to detail, time and cost was a breath of fresh air. We completed the Queen Victoria within the time frame, under budget and the hotel is a superb example of a very well-constructed building. We have been fortunate to win a number of awards for both design and in particular for the hotel operation. I can honestly say (which is not heard often) “Yes, I would definitely use that contractor again! Thanks again for being such an integral part of producing one of the finest 5-star hotels in Cape Town."

"Behind every successful project is a client with an exacting vision and high standards of quality. It has been a privilege to work with the many distinguished clients that have consistently sought our services over the years. I bear witness to the fact that doing business with this company means doing business with peace of mind. The signed contract is a formality – what counts is the preceding handshake and knowing that you will not be let down."

"As a people driven company, this company radiates professionalism, thoroughness, confidence and reliability."

"The quality of people they employ is very high. It seems that they only put people in positions that are trustworthy, positive and reliable. And if ever an architect requires work of a higher standard than the industry requires, they are prepared to put in extra attention. Because they are proud of their name, they will come back to fix things if needed."

"I prefer to work with them. The commitment of the directors is confidence – inspiring. And if there are come–backs, which are unavoidable in this industry, they don't ask questions. They just fix them. Even two to three years after completion of the project."

"Professional and enthusiastic. They have that rare quality of being able to see a project through."

"They make dreams a reality, and very efficiently so. That’s why they share the honours on a plaque specially made for the opening of our gravity–fed cellar."

"Two words: professional and reliable. It is a pleasure conducting business with them."

"Opening up the end of an office wing of a school that is in operation was always going to be a challenge! Building through one of the wettest winters I have experienced in my nearly 18 years in the valley has not been easy... but this team has done it! It can't be said very often in the building industry - but I am going to be very sad to see the Isipani building team leave our site. They have been superb, they have been approachable, they are good old fashioned "master builders" and - they have become good "friends of Bridge House." Working with Isipani was one of the most painless of the many building contracts I have been involved in. The team was thoroughly professional, from labourers and tradesmen through to senior management. The end product is a building that both Isipani and the school can be very proud of. I recommend them without reservation and thank them for a job well done." 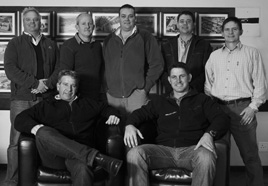 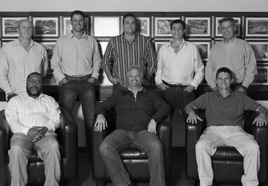 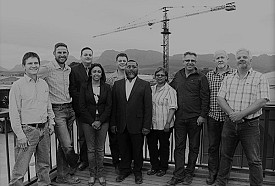